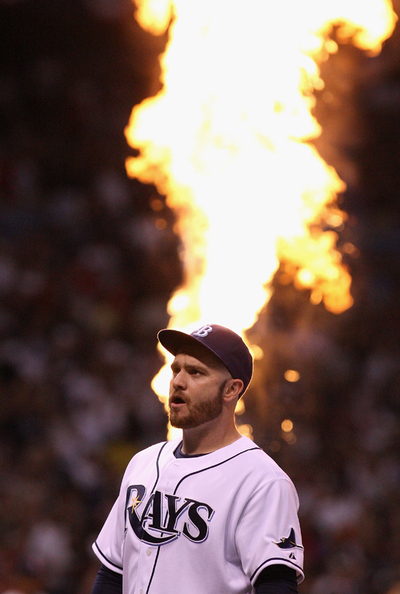 Has the entire baseball world forgotten about the Tampa Bay Rays? Last season, the darlings of Major League Baseball shocked the world and came up just one step short of becoming World Champions. This year, they opened up the season at 8-14, costing Rays bettors 7.59 units along the way. With the Boston Red Sox still being the Boston Red Sox and the New York Yankees still being the New York Yankees, there's good reason to forget about the little team that could, especially considering the Toronto Blue Jays had the best record in baseball until a couple weeks ago.

Following Sunday's 5-4 loss to the Florida Marlins in extra innings, the Rays dropped back to .500 (23-23), but it's becoming more and more apparent that this team isn't going to back down this season either. Take a look at how poorly some of Joe Maddon's players have done this year in relationship to last season...

C Dioner Navarro was an All-Star last season, as he hit .295 with 54 RBIs and seven homers. He's on a decent clip for about the same number of home runs, but he's only batting .211 with a ridiculously low .233 OBP in 35 games played this season.

Speaking of All-Stars, what about LHP Scott Kazmir? Kaz may lead the team in wins with four, but let's face the facts here... he's been absolutely miserable since his first two starts of the season. The lefty has allowed at least six runs in five of his last seven starts and has walked almost as many batters as he has struck out. Maybe after this trip to the DL, he'll come back and be more in the form of a year ago when his ERA was less than half of the 7.69 it is right now.

Oh, and bullpen... I'm looking at you as well. A year after the pen posted a 3.45 ERA and easily had the best opposing batting average allowed in baseball, the pieces of the pen have just started to fall apart at the seams. Troy Percival's ERA is 6.35, Joe Nelson's is 5.60, Dan Wheeler's is 5.06, and Grant Balfour's is 5.03. I mean yeah, Percy is old and had a 4.53 ERA a year ago, but Wheeler, Balfour, and Nelson all had sub-3.00 ERAs last season and have all had significantly better careers than what they're posting so far in '09.

And yet after all of the crap that the Rays have been through this season, from Upton's slump to Kazmir's struggles to the bullpen's inconsistency, there they sit, 23-23 and just four games back of the Bo Sox for the top spot in the AL East. Six of their next seven series are against teams that are likely to be under .500 when they face them. And don't look now, but there's an arm that just came out of AAA Durham that you may remember as the man that pitched the Rays to the World Series a year ago... David Price. Price has the potential to be the face of the franchise for years to come, and now that he's back and ready to make the start on Memorial Day, that's just one more weapon at Maddon's disposal.

Tampa Bay may be lurking around in the shadows right now, but much like a year ago, this team just isn't going away. This time, no one in the baseball world should be surprised.