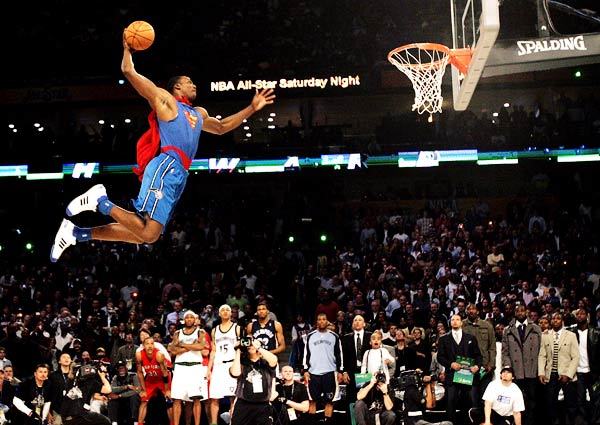 The NBA learned a huge lesson from a huge man last week. Dwight Howard has an angry side, and no one wants to see it.

Following a huge collapse at TD Banknorth Garden in Boston in Game 5 of the Eastern Conference semifinals, Orlando’s biggest superstar stepped up to the mic and called out his own coach. He wanted to know why the offense didn’t run through him more. He wanted to know why Rashard Lewis, Hedo Turkoglu, and Rafer Alston were all throwing prayers at the basket when he could simply take the ball and dunk it seemingly whenever he wanted to against whatever board with an angry face on it that Boston was throwing at him defensively.
The last time anyone around the Magic camp heard anything like that, Shaq was saying, “If you feed the dog, he’ll guard the yard.”

To the residents in Orlando, Howard is about as nice of a human being as you’re ever going to meet. He’s constantly in church, always remembers his roots, is always giving back to the community, and rarely has a bad word to say about anything. That’s why it became awfully newsworthy when he actually spoke a negative word about his coach and his team last Tuesday night.
The media was all over the Magic following that Game 5 92-88 loss. “The Magic are finished.” “There’s turmoil in the locker room.” “There’s no way a team can come back and win two straight games after a 16-point collapse down the stretch like that.” “Dial up another series between Boston and Cleveland.”

Hey media guys, didn’t you learn anything from Jim Croce? You don’t tug on Superman’s cape, you don’t spit into the wind, you don’t pull the mask off the old Lone Ranger, and apparently, you don’t mess around with the Magic.
Orlando’s “Superman” demanded the basketball in Game 6, and not only did he take the ball, he showed just how dominant he could be, 23 points and a whopping 22 rebounds later. The Magic beat Boston 83-75 in spite of the fact that they came into the 4th quarter trailing by a bucket. Twelve points, 16 boards, and five blocks later in Game 7, and the Magic pulled off what, according to the media, was absolutely impossible. They beat a team that they were better than twice in three days. Whoopdie doo.
I was listen to a local radio station around Orlando the morning of the critical sixth game of the Boston series, and Senior VP of the Magic, Pat Williams was on discussing what a tremendous nine months it has been for Dwight Howard. He won an Olympic gold medal, he was named NBA’s Defensive Player of the Year, he was named to the All-NBA team, he led the league in blocked shots and rebounds, and at that point, he had led the Magic to their most memorable season since they were in the NBA Finals over a decade and a half ago.

Now, there’s one more thing to add to Howard’s resume… The quiet giant finally opened up just a little bit, and when he did, the whole world listened. Howard is the reason that the Magic are still alive in the NBA playoffs, and starting tonight, he may be the reason that they can bring the city of Orlando its first major championship this season.